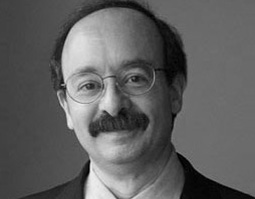 To start with nature may not make the car so heavy that only 1% of the energy is used in moving the driver, while 99% is used for moving the car itself. It would probably make the car with materials such as carbon fibres which can reduce the weight by two-thirds.

Nature would probably make the process of creating the car simple and resource efficient.

A car made with carbon fibre will require 5 to 20 body parts instead of steel-based cars that require 200 to 400. The body parts would fit together with glues instead of welds. They would be light in weight and therefore easy to manoeuvre during production.

Read more: How would nature make a car? 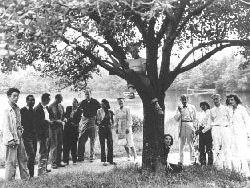 "Every moment there seemed alive in a way that few have since. This had to do with being asked to be fully awake, to be at a new threshold of perception…"

In the history of experiments in education, probably no institution has had such a lasting influence as the Black Mountain College. Many of its students and faculty, such as Willem and Elaine de Kooning, Robert Rauschenberg, Josef and Anni Albers, Jacob Lawrence, Merce Cunningham, John Cage, Cy Twombly, Kenneth Noland, Ben Shahn, Franz Kline, Arthur Penn, Buckminster Fuller, M.C. Richards, Francine du PlessixGray, Charles Olson, Robert Creeley and Dorothea Rockburne have contributed to shaping their respective fields of art. It was one of the first institutions to question the traditional systems of education and has inspired the founding of similar institutions. How come an institution that was never accredited, that was started with just $14,500, that enrolled not more than 100 students every year, that barely lasted 24 years, was so influential as to be credited with shaping the modern art movement?

The story is full of coincidences.

The Right of Children to Free and Compulsory Education Act, which was passed by the Indian Parliament on 4 August 2009. The Act is, without a doubt, a landmark event and India became one of 135 countries to make education a fundamental right of every child when the act came into force on 1 April 2010. It has been received with equal amounts of enthusiasm and scepticism. Either way, there are some serious implications for the different stakeholders involved. Here is a closer look at the Act. 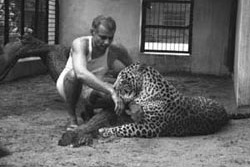 In the 1970s, when Prakash Amte decided on an impulse to stay and work at Hemalkasa in Maharashtra few could have predicted what he would achieve over the next 30-40 years. Probably, not even his own father, the legendary Baba Amte. When he and his wife Manda, began their adventure in this quiet jungle, the place was beautiful but isolated from all civilisation. There was no electricity for the first 17 years. No supplies of food and no school for their children. The river Bandia flooded in July and Hemalkasa was completely cut off for 6 months in a year. And the challenges were enormous. The Madia Gond tribe were hunter-gatherers. They had little access to regular food and almost no health care. Diseases and deaths due to Malaria, tuberculosis, diarrhoea, whooping cough, gangrene, ulcers and malnutrition were quite common. The tribal people were also very suspicious of city-dwellers and ran away if they saw them.